Trump Issues New Ban on AliPay and Other Chinese Apps

The US president signed an executive order yesterday banning US transactions with Chinese apps, including Alipay, owned by Ant Group Co., and WeChat, held by Chinese tech giant Tencent. The order takes effect in 45 days after the end of the current administration. The administration claims the apps access private information from US users that can be used by the Chinese government for surveillance, censorship, and interference.

The new order marks an escalation in the tech trade war between the US and China that was forecast by the CardLinx Association in late 2019. Increasingly the focus of that tech trade war is fin-tech and data privacy. Since most Chinese payment apps have limited traction in the US, the short term impact will be muted. In the long term, if the ban is not lifted, the escalation will accelerate the divergence between the US and China in leading fin-tech and payments technologies. 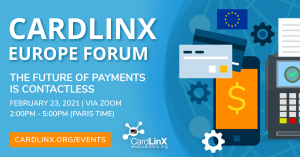 The virus has transformed many aspects of our lives—including the way we pay. Until relatively recently contactless payment systems were novel: Now they’re mainstream. Consumers prefer a touchless approach, and the technology’s there. Join CardLinx for an in-depth and insightful look at what the (near) future holds.